How does inflation work anyway? - Barokong

Monetary policy, central banking and inflation are hard. It's well to remember that. Today's blog post adds up a few things that seem like they're obvious but are not.

Central bankers are puzzled at persistently low inflation.  From WSJ,

Ms. Yellen said, as the “biggest surprise in the U.S. economy this year has been inflation.”

“My best guess is that these soft readings will not persist, and with the ongoing strengthening of labor markets, I expect inflation to move higher next year,” Ms. Yellen said, adding that “most of my colleagues on the [interest-rate-setting Federal Open Market Committee] agree.”

Of course, they've been expecting that for several years now.  And she seems fully aware that they may be wrong once again:

"Something more structural" is a pretty vague statement, for the head of an agency in charge of inflation, that has hundreds of economists looking at this question for years now! That's not criticism. Inflation is hard.

Why is it so hard? The standard story goes, as there is less "slack" in product or labor markets, there is pressure for prices and wages to go up. So it stands to perfect reason that with unemployment low and after years of tepid but steady growth, with quantitative measures of "slack" low, that inflation should rise, as Ms. Yellen's first quote opines.

That paragraph contains a classic economic fallacy, that of composition; the confusion of relative prices and the level of prices and wages overall. If labor markets get "tight," companies finding it hard to find workers, then yes, one expects wages to rise. But one expects wages to rise relative to prices. You only tempt workers to move to your company by offering them wages that allow them to buy more. Similarly, if there is strong demand for a company's products, its prices will rise. But those prices rise relative to other prices and to wages. Offering a company higher prices when its wages, costs, and competitor's prices are all rising does nothing to get it to produce more.

So, in fact, standard economics makes no prediction at all about the relationship between inflation -- the level of prices and wages overall; or (better) the value of money -- and the tightness or slackness of product and labor markets! The fabled Phillips curve started as a purely empirical observation, with no theory.

To get there, you need some mechanism to fool people -- for workers to see their wage rise, but not realize that other wages and prices are also rising; for companies to see their prices rise, but not realize that wages, costs, and competitors' prices are also rising. You need some mechanism to convert a rise in all prices and wages to a false perception that everyone's relative prices and wages are rising. There are lots of these mechanisms, and that's what economic theory of the Phillips curve is all about. The point today: it is not nearly as obvious as newspaper accounts point out. And if central bankers are a bit befuddled by the utter disappearance of the Phillips curve -- no discernible relationship, or actually now a relationship of the wrong sign, between inflation and unemployment, well, have a little mercy. Inflation is hard.

You'd think this were an easy question. The newspapers ring with "years of extraordinary stimulus" and "unusually low rates."  And indeed, interest rates are low by historical standards, and relative to rules such as John Taylor's that summarize the successful parts of that history.

But ponder this. What does a central bank look like that is holding interest rates down? Well, it would be lending out a lot of money to banks, who would turn around and re-lend that money at higher interest rates. What does our central bank look like? Our central bank is taking in$2.2 trillion  from banks, and is paying them a higher interest rate than they can get elsewhere. Right now, the Fed is paying banks 1.25% on their reserves.  But Treasury bills are 1%. Evencommercial paper is 1.13-1.2%. It looks every bit like a bank that is pushing rates up. And has been doing so for a long time.

For example, when interest rates hit 10% in the 1970s, higher than ever before seen, did that mean monetary policy was incredibly tight? No, as it turns out.

The central bank's main job, at least as monetary policy is currently construed, is to distinguish "supply" from "demand" movements in the real economy. If GDP falls because of "lack of demand," it is the Fed's job to stimulate by lowering interest rates, and then by other means such as QE and speeches. If GDP falls because of "lack of supply" however, the Fed should not respond, as that will just create stagflation.

It's really hard to tell supply from demand in real time. Here again, most commentary just assumes it's one or the other, and usually all demand -- a failing that is common throughout economic policy. Textbook models assume that central banks observe and respond to shocks, and know where those shocks come from. Not so in life.

This issue came up sharply in the last two days. The Wall Street Journal's "Fed for a growth economy" and George Shultz and John Cogan's "The Fed Chief America Needs" pose the question, how should monetary policy adapt if there is an era of supply-side growth, triggered by cuts in marginal tax rates and deregulation?

Pop quiz: How should monetary policy be different in a time of supply-side growth?

I bet you said "keep rates lower for longer." Maybe you're right. The growth is not a sign of future inflation, via the usual excess demand - more growth - more inflation channel. But didn't we (and the Journal) just say the Phillips curve is broken?

More importantly, an economy that grows faster should have higher real, and therefore nominal, interest rates. The first equations of macroeconomics are

So, higher growth should be accompanied by higher interest rates. Like everything else in economics, there is supply and demand. Higher rates can choke off demand. But higher rates can reflect good supply. The question is just how much higher! I did not say this would be easy.

You can tell in the WSJ commentary a feeling that Ms. Yellen and the standard way of thinking about monetary policy would get this wrong, and raise rates too much -- responding to growth, thinking that inflation is still just around the corner, on the belief that growth is always "demand" rather than supply. I'm not agreeing with this, just stating the implicit view.

How would the Taylor rule do here? Pretty well, actually. Taylor's rule specifies that the Fed should respond to the output gap -- the difference between the level of output and the full employment, or supply side limit -- not to the output growth rate. So if "potential GDP" rises from supply improvements, the gap increases, and Taylor's rule says to keep rates low. When the economy achieves the gap, return to normal. The rule might have to adjust to the new higher trend interest rate -- a higher r* in Fed parlance -- but it would not mistake growth.

That is, if the Fed correctly measured "potential" GDP and recognized that supply side improvements have increased potential. Standard calculations of potential GDP do not factor in marginal tax rates or deregulation, and look to me largely like two-sided moving averages. Again, distinguishing supply from demand, in real time, is hard.

A pure inflation or price level target might do even better, by getting the Fed out of the business of trying to diagnose supply vs. demand. But, advocates of a Taylor rule with a strong output component, or of the current Fed might say, by reacting to output (and relying on the Phillips curve) you can stabilize inflation better anyway, but nipping it in the bud. An the Fed has an explicit employment mandate that can't be ignored.  I didn't say this was going to be easy. 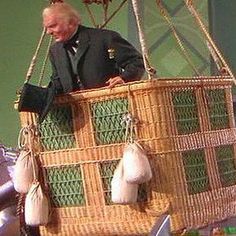 The wizard of OZ, charmingly, announced he didn't know how the thing works. Does the Fed? Just how are interest rates related to inflation? This is our last on the list of things that seem obvious but aren't obvious at all.

If you just plot inflation and interest rates, they seem to move together positively. Teasing out the notion that higher rates lower inflation from that graph takes a lot of work. My best guess, merging theory and empirical work, is that higher rates -- moved on their own, not in response to economic events -- temporarily lower inflation, but then if you stick with higher rates, inflation eventually rises. And vice versa, which accounts for very low inflation after interest rates have been stuck low for a long time. Maybe yes, maybe no, but even this much is not certain.

No comments for "How does inflation work anyway? - Barokong"