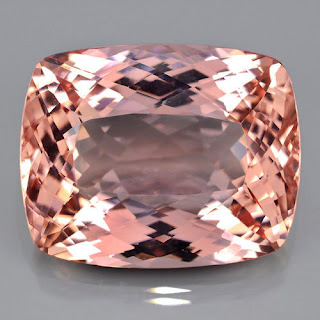 Morganite is the pink to purplish-pink variety of Beryl . Beryl is best known for its gem varieties Emerald and Aquamarine , but other gem forms such as Morganite are also used. Morganite was first identified in 1910, and was named the following year by George F. Kunz in honour of financier and banker J.P. (John Pierpont) Morgan. Morgan was an avid collector of gemstones.

Morganite is the light pink to violet-pink variety of beryl. Since beryl is most famous for being the mineral group that green emerald belongs to, pink morganite is sometimes referred to as 'pink emerald'. Along with emerald, morganite is also related to blue aquamarine, golden beryl (heliodor), colourless goshenite and the rare red bixbite. Among the beryls, morganite is one of the rarest forms, second only to red bixbite. 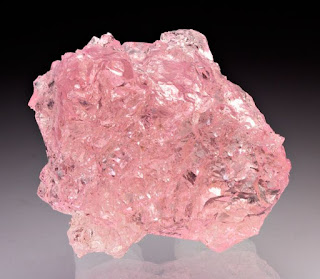 Pink morganite was first identified in Madagascar, in 1910 and known as 'pink beryl'. Shortly thereafter, George D. Kunz, a famous American gemologist and buyer for Tiffany & Company renamed it in honor of John Pierpont (J.P.) Morgan, an American banker and avid gemstone collector. Since its discovery, morganite has been prized by gem collectors owing to its rarity.

Morganite is an aluminium beryllium silicate. Its colour can range from pale pink to violet, salmon or peach. Along with other beryls, morganite has very good hardness, with a rating of 7.5 to 8 on the Mohs scale. The refractive index is 1.562 to 1.602. Beryl generally has a specific gravity of 2.66 to 2.87, but morganite is slightly denser than other beryls at 2.71 to 2.90. Morganite is usually quite clean, unlike emerald which tends to be heavily included. In most cases, morganite can be easily distinguished from other pink stones by its brilliance and luster, combined with its hardness, durability and excellent clarity. 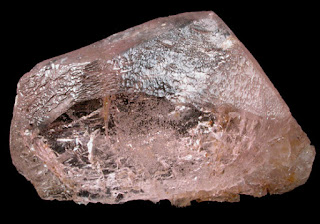 Morganite can be found in many locations around the world. The two most significant deposits are found in Brazil and Madagascar. Other notable sources for fine gem-quality morganite include Afghanistan, China, Madagascar, Mozambique, Namibia, Russia, Zimbabwe and the USA (California and Maine). 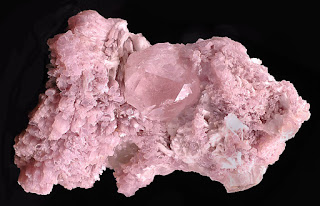 Morganite belongs to the very important beryl group of gemstones and minerals. There are several closely related gemstone varieties of beryl, typically classified by colour or impurities. Some of the more popular beryls related to pink morganite include green emerald, blue aquamarine, white goshenite and golden beryl or heliodor .

The rarest beryl is red bixbite. Bazzite and pezzottaite are often considered to be types of beryl because they are very similar, but gemologically, they are not technically true beryls. Morganite may sometimes be referred to as 'pink emerald' or as 'rose beryl', but these are simply marketing names. 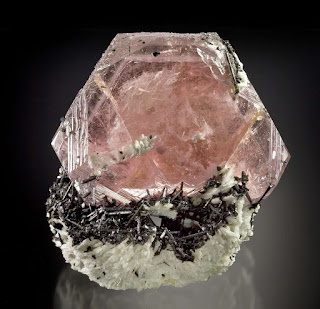 The world's largest faceted morganite is a cushion-shaped morganite from Madagascar that weighs nearly 600 carats. It is currently exhibited in the British Museum collection.

Morganite ranges in colour from pale pink to pink, violet-pink, peach, peachy-pink, or salmon colour. Its colour is thought to be owed to traces of manganese or cesium. Morganite is rarely vivid or intense in colour; most stones are very pale or pastel coloured. Large stones will typically exhibit stronger colours. A pure pink morganite is considered most desirable but more recently, peachy and salmon coloured stones have been in very high demand. There is also a rare magenta coloured morganite from Madagascar that is highly sought after by collectors. 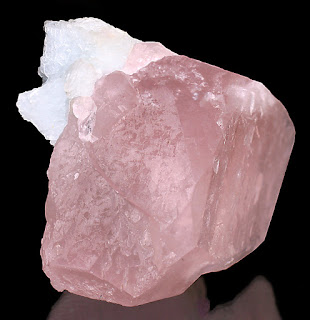 Morganite is typically faceted to maximize its colour and brilliance. With its indistinct cleavage, cutters must orient the stone properly to minimise cleavage. Rare materials which exhibit chatoyancy (cat's eye effect) are often cut en cabochon in order to best exhibit desirable effects. Morganite is most often cut into rounds ovals, cushions and pears, as well as trillions, hearts and briolettes.

Morganite is often found unheated and unenhanced. However, many stones today may be routinely heat treated to improve colour and remove unwanted yellow tones. Heating is done at relatively low temperatures (about 400 degrees centigrade) to achieve this effect.

No comments for "Morganite"