Earthquake prediction is the ultimate goal of seismologists. Being able to predict when and where an earthquake will occur could save thousands, if not hundreds of thousands, of lives, over the years. Even after decades of study, earthquake forecasting remains notoriously difficult, however. So what are the signs which occur before an earthquake – earthquake precursors – and how useful are they? 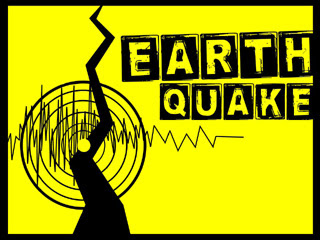 About the author (who writes this article): Nusrat Kamal Siddiqui is one of the leading Geoscientists from Pakistan. He has a diverse professional career of being a Petroleum Geologist, Hydrologist and Engineering Geologist, both in Pakistan and overseas. He recently published a book " Petroleum Geology, Basin Architecture and Stratigraphy of Pakistan". Click here for further details about the book.

The Precursors There are some long-term, medium-term and short-term precursors of seismic activity that cause earthquakes.

The long-term precursors are based on statistical studies and the prediction is probabilistic. The medium-term precursors help in predicting the location of an earthquake to a sufficient degree of accuracy. The short-term precursors of seismic events are indicated by changes in geomagnetic field, changes in gravity field, rising of subsurface temperature and rise in ground radioactivity. Agriculture institutions record subsurface temperature at 20, 50 and 100 cm depth as it is useful for monitoring crop growth. In earthquake-prone areas the temperature starts rising about 700-900 days before the event. This readily available data can be of help.

The short-term precursors are more important as they can be observed by a common man, and happen from a few days before the earthquake to just before it happens. With a reducing lag time these are: rise in water in the wells with increased sediments, sudden increase and decrease in river water flow, disturbance in the reception of radio, television, telephones, water fountains on the high grounds, strange behavior of animals, a sudden jump in the number of deliveries in hospitals and malfunctioning of cell phones. These days cell phones are the most handy and common piece of electronic equipment. A general collapse of this system can be noted by masses, and hence could be a very effective means to take timely mitigation measure. It has been found that about 100 to 150 minutes before the earthquake the cell phones start malfunctioning. However, the humans are very careless by nature and there would be only very few who would be observant enough to note the above precursors.

In the earthquake-prone areas groups of observant and responsible people (including women - they normally haul the water) may be constituted wherein the list of precursors, in local languages, may be distributed and some training imparted. And this exercise may notbe left to the authorities, for obvious reasons!

Source: Earthquakes are inevitable, Disasters are not– Mitigation, therefore, is better than Prediction byNusrat K. Siddiqui

1.A systematic compilation of earthquake precursors

No comments for "Earthquake Precursors: Signs Before Earthquakes"