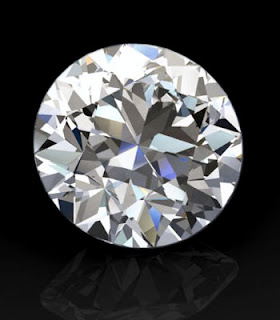 Diamond, the most famed and fabled of all gemstones, is very unique in many ways. Renowned for being the hardest substance on earth, its sparkling fire, durability, and rarity make Diamond the most prize of all gems. No gemstone contains as much allure and interest as does Diamond.

Most Diamonds used as gemstones are colourless or very faintly coloured. However, coloured Diamonds, known as "fancies", can be extremely rare and valuable, and the most valuable gemstones ever known have been fancy Diamonds. In fact, fancy Diamonds are the most valuable substances known to man, with vivid coloured Diamonds historically being sold for more than a million dollars per carat!

A diamond is one of the best-known and most sought-after gemstones. Diamonds have been known to mankind and used as decorative items since ancient times; some of the earliest references can be traced to India. 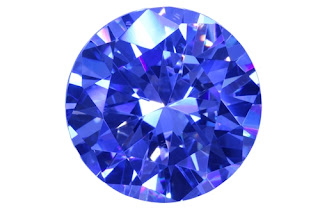 The hardness of diamond and its high dispersion of light giving the diamond its characteristic "fire" make it useful for industrial applications and desirable as jewellery. Diamonds are such a highly traded commodity that multiple organisations have been created for grading and certifying them based on the four Cs, which are colour, cut, clarity, and carat. Other characteristics, such as presence or lack of fluorescence, also affect the desirability and thus the value of a diamond used for jewellery.

The most famous use of the diamond in jewellery is in engagement rings. The practice is documented among European aristocracy as early as the 15th century, though ruby and sapphire were more desirable gemstones. The modern popularity of diamonds was largely created by De Beers Consolidated Mines Ltd., which established the first large-scale diamonds mines in South Africa. Through an advertising campaign beginning in the 1930s and continuing into the mid-20th century, De Beers made diamonds into a key part of the betrothal process and a coveted symbol of status. The diamond's high value has been the driving force behind dictators and revolutionary entities, especially in Africa, using slave and child labour to mine blood diamonds to fund conflicts. Though popularly believed to derive its value from its rarity, gem-quality diamonds are quite common compared to rare gemstones such as Alexandrite , and annual global rough diamond production is estimated to be about 130 million carats (26 tonnes). The value of diamonds is attributed largely to the industry's tight control over this supply. 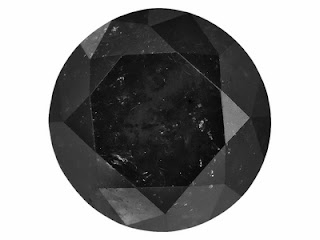 The most familiar usage of loose diamonds today is as gemstones used for adornment, a usage which dates back into antiquity. The dispersion of white light into spectral colours is the primary gemological characteristic of gem diamonds. In the twentieth century, gemologists have developed methods of grading diamonds and other gemstones based on the characteristics most important to their value as a gem. Four characteristics known informally as the four Cs are now commonly used as the basic descriptors of loose diamonds: carat, cut, colour, and clarity. This system was developed by Gemological Institute of America in 1953 as internationally recognised standard to evaluate diamonds characteristics. 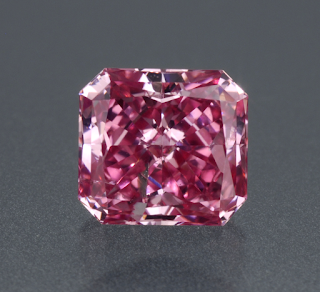 Most gem diamonds are traded at the wholesale market primarily based on unmarried values for every of the 4 Cs; for instance knowing that a diamond is rated as 1.5 carats (three hundred mg), VS2 readability, F color, splendid reduce spherical wonderful, is sufficient to fairly set up an anticipated fee variety. More designated statistics from inside each feature is used to determine real market value for person stones. Consumers who buy character diamonds are regularly cautioned to use the 4 Cs to select the diamond that is "right" for them.

Other characteristics also impact the fee and appearance of a gem diamond. These consist of bodily characteristics including the presence of fluorescence in addition to the diamond's source and which gemological institute evaluated the diamond. Cleanliness additionally dramatically influences a diamond's beauty.

No comments for "Diamond"