Women's day is celebrating World Women's Day or International Women's Day. Among the world's richest people, a line of great women is on the list.

The woman below made it into the list of the richest billionaires made by Forbes. With a wealth of around USD13.2 billion to USD52.5 billion.

Following this launch of Money Control, Sunday (03/08/2020), Barokong.com summarizes the 10 richest female billionaire figures who succeed with their own hard work. 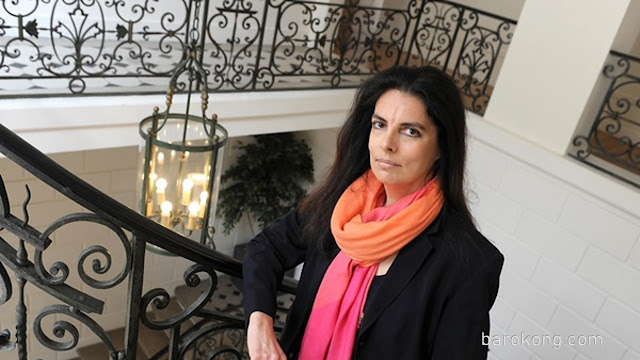 10. Kwong Siu-hing
Kwong Siu-hing is the widow of the founder of Sun Hung Kai Properties, Kwok Tak-seng, who died in 1990. He became the largest shareholder in Sun Hung Kai, with 26.58%. Wealth reached USD13, 2 billion.

9. Gina Rinehart
He is Australia's richest citizen who has a steel ore business, Hancock Prospecting. He has a fortune of USD14.7 billion and the majority of mining projects.

8. Iris Fontbona
Iris is the widow of Andronico Luksic, who built wealth in the beverage mining sector. He left the Fontbona business to his three sons, Jean-Pau, Andronico, and Guillermo Luksic.

Fontbona and her children control Antofagasta Plc, which owns a copper mine in Chile and has been on the London Stock Exchange. His wealth reached USD13, 2 billion.

7. Abigail Johnson
Abigail Johnson has served as CEO of Fidelity Investments since 2014. His grandfather, Edward Johnson II, founded the Boston-based mutual fund giant in 1946. He owns about 24.5% of the company's shares, which have nearly USD2.7 trillion of assets under management. His wealth reached USD15, 7 billion.

6. Laurene Powell Jobs
Powell Jobs inherited billions of dollars of shares in Apple and Disney from his late husband, Apple founder Steve Jobs. In 2017, he bought a minority stake in the parent of the Washington Wizards NBA and the Washington Capitals NHL.

He also bought shares in several media companies, including most of The Atlantic magazine and all California Sunday and Popup Magazine.

5. Susanne Klatten
Susanne Klatten owns 19.2% of BMW shares, her sister Stefan Quandt owns 23.7%. Their late mother, Johanna, was the third wife of the legendary industrialist Herbert Quandt, who made BMW excel in the luxury market. His wealth reached USD19, 9 billion.

3. Jacqueline Mars
Jacqueline Mars is estimated to have one-third of Mars, the largest candle maker in the world. He worked for the company for almost 20 years and served on the board until 2016. His fortune reached USD29, 9 billion.

2. Alice Walton
Alice Walton is the only daughter of Walmart founder Sam Walton. In 2011 he opened the Crystal Bridges Museum of American Art in his hometown, Bentonville, Arkansas. His wealth reached USD49, 8 billion.

No comments for "International Women's Day, This List of 10 Great Women Who Become Billionaires"